Polystyrene - What Can't You Do With It?

First of all, polystyrene (PS) is a thermoplastic. General-purpose polystyrene is clear, hard, and rather brittle. It comes in two forms: a rigid foam material and a typical solid plastic (i.e foam or solid). First discovered in 1839 by Eduard Simon, an apothecary from Berlin, it was dubbed styrol. It then evolved over years. After about 80 years later, macromolecules were discovered when styrol was heated via a chain reaction thanks to German organic chemist Hermann Staudinger. Eventually, this led to the substance receiving its present name, polystyrene.

Dow Chemical Company then invented a proprietary process to make their trademarked and well-known PS foam product “styrofoam” in 1941. Throughout the years, though, the thermoplastic has not been the most favourable in environmental organisations (due to its slow degrading process). It is not hard to deny this fact too, as almost anyone can walk outside and see some form of polystyrene trash on the ground.

Discarded polystyrene cup, one of the more unpopular uses of the material

To make polystyrene, distillation of hydrocarbon fuels are needed to create lighter groups called “fractions.” Some of which are combined with other catalysts to produce plastics. As a result, the polymerization process creates the PS we all know today. However, it does come in many forms. Much like other plastics, such as PETG and TPU, it also has a whole range of uses.

Many people first think of the soft objects polystyrene is used for (such as cups or packaging), but it is actually seen in many other forms: 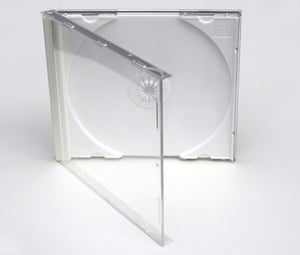 CD Case made from polystyrene

Polystyrene foams are good thermal insulators and are therefore often used as:

Expanded polystyrene (EPS) is a rigid and tough, closed-cell foam. It is usually white and made of pre-expanded beads, therefore it makes sense to see it in objects like: 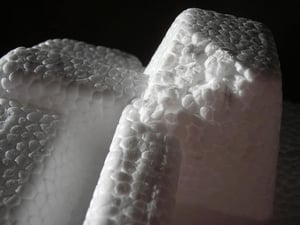 How would we ship electronics without it?

Generally Polystyrene (PS) is an amorphous, glassy polymer that is generally rigid and relatively inexpensive. Unfilled polystyrene has a sparkle appearance and is often referred to as crystal PS or general purpose polystyrene (GPPS). High impact polystyrene grades (HIPS) is produced by adding rubber or butadiene copolymer. Therefore, this increases the toughness and impact strength of the polymer. Other qualities include:

We over at 3devo decided to try out extruding some polystyrene thanks to the Composer 450 filament maker. 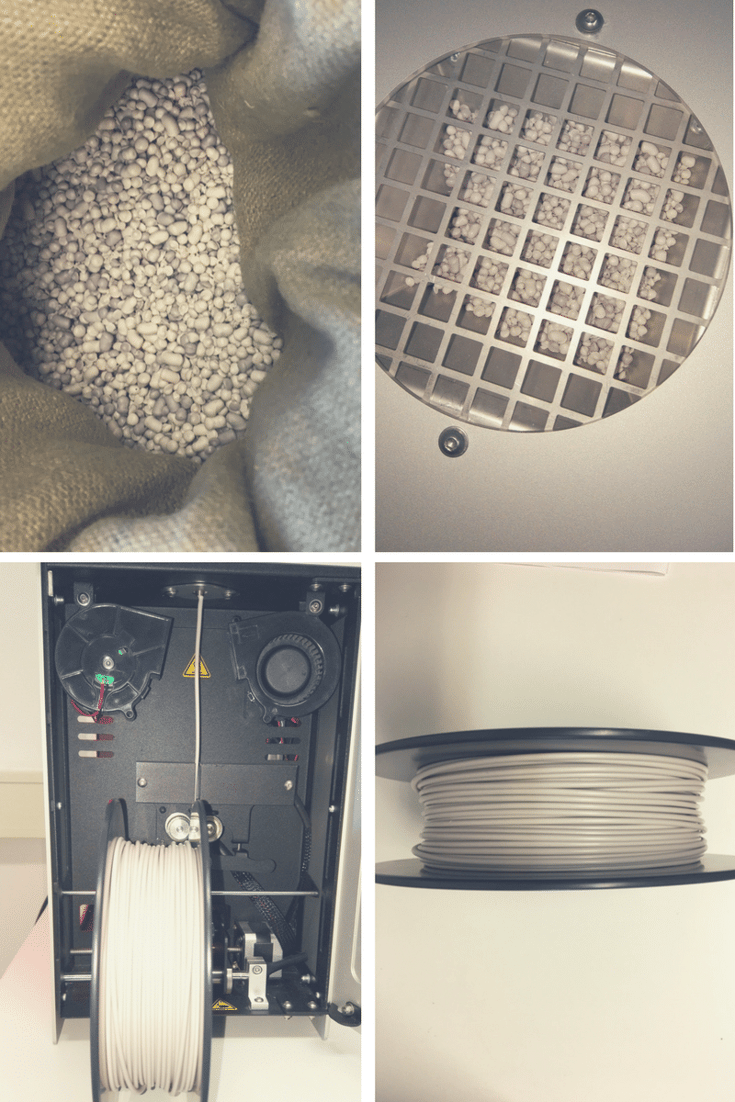 As a result, the completed filament was a great success, very easy to extrude thanks to the air-cooling (via the fans) that kept it from overheating.

But what about 3D printing using PS? Well, High Impact Polystyrene (HIPS) is great for this. This is s a tough durable material, similar to the popular ABS. While it may not be the cheapest option, it does use Limonene as a solvent. The result is a slightly lemon-like smell to the finished product. The heater element of your 3D printer needs to be controlled quite finely with this material otherwise there will be a fair degree of warping as the hot material is placed on the cooling layer. But, you should be good with printing smaller parts though, as the speed of printing should be just fine to prevent warping. 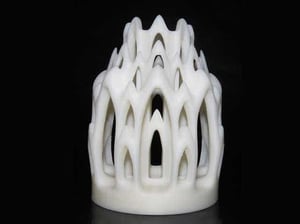 3D Printing with HIPS (via Vexmatech)

In the end, polystyrene is a very interesting thermoplastic. With quite a range of characteristics and uses, it’s easy to see why it has become so popular. And, although it’s so similar to say ABS, its positive qualities such as its good impact resistance and ease of finishing make it a strong contender against the other plastics out there.